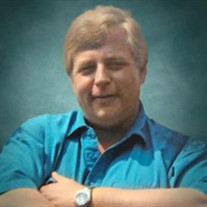 Eddie Michael Vaughn, 64, passed away Saturday, September 4, 2021, at Capital Regional Medical Center, Jefferson City, Missouri. Eddie was preceded in death by his parents, John & Velma “Jackie” Vaughn, his grandparents Annie & Dennie Neeley, Sam & Lucy Vaughn, and uncles, James & Arthur. Those left to cherish his memory are his kids, Heather DelValle & Jonathan Vaughn; sister Donna Castle; grandkids, Jonathan Ryder Vaughn & Savannah Delvalle; uncles, Daniel Neeley & Eugene “Bud” Neeley; son-in-law, Anthony; daughter-in-law, Rondell; brother-in-law, Jim and many wonderful friends. Eddie was born in California, but his ties were always in Kingsport, Tennessee where he grew up. He attended the University of Tennessee where he graduated with a bachelors degree in mechanical engineering. Then he later obtained his Professional Engineer license. Eddie met Sharon and they moved to Miami, Fl. where they got married. He worked for Florida Power & light as a mechanical engineer. They became pregnant & moved to Palm Beach Gardens, to start a family. That’s where they had their first child, Heather and six years later, they had their son, Jonathan. Eddie was married fourteen years before they divorced & he moved to Missouri working as a consulting engineer for Ameren over the last twenty-two years until he passed. He loved his work friends at Ameren, his lifelong friends from Tennessee and he also loved his friends from south Florida. Eddie made friends easily because people loved that he was kind & honest. He was very funny & genuine. He would help anyone that he could. He was a man of strong faith in Jesus Christ and told us often he couldn’t wait to get off this rock so he could be with Jesus and have eternal life. Eddie was very giving and loving with an altruistic spirit. He was a great provider and always wanted to be prepared for anything. Eddie loved math & numbers. He always found humor in that he could tell us the number pi to so many digits. He enjoyed playing the guitar for many years with family and friends. He loved animals and nature and would feed every animal that found their way to his house. He was always interested in space and the idea of life on other planets. He enjoyed shooting guns & followed politics closely. But above everything, he loved his kids and family. He always enjoyed good food and spending time together whether it was in the Smokey mountains of Tennessee, at his moms house in Kingsport, or in Missouri where he resided. Eddie loved seeing everyone happy, that’s what made him happy. His kids, Heather & Jonathan were everything to him, and he left this world at peace with each of them by his side, hand in hand until his last breath. A private family graveside service will be conducted at Oak Hill Memorial Park, Kingsport. Tn. To share memories and condolences with the family please visit www.oakhillfh.com The care of Eddie Vaughn and his family has been entrusted to the staff of Oak Hill Funeral & Cremation Services.

The family of Eddie M. Vaughn created this Life Tributes page to make it easy to share your memories.

Send flowers to the Vaughn family.