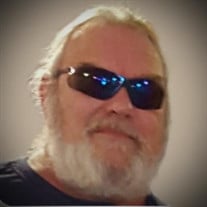 Elbert “Duke” Ireson, Jr., 62, of Kingsport, passed away Tuesday, June 2, 2020, at his home. He was born July 19, 1957, in Kingsport, to the late Elbert and Mattie Ireson, Sr. Duke was a loving man, full of life and was especially fond of his grandchildren. He was of the Christian faith and a self-employed business owner. Duke enjoyed cooking, camping with his family, watching television and old Western movies. He loved cars and his cats, whom he called his “little ones.” In addition to his parents, he was preceded in death by his sisters, Regina Ireson and Teresa Ireson. Those left to cherish his memory are his children, Heather Ward (Jesse), Joshua Ireson and Audra Ireson; mother of his children, Kelly Cook; grandchildren, Aiden Ireson, Landon Ireson, Jace Ireson, Haylee Vinson, Isabella Ward, Vance Ragon, Brylee Ward, Isaiah Ward, Zeke Ward and Kaelyn Jones; brother, Richard Ireson; several nieces and nephews. A private family service will be held at a later date. The care of Elbert “Duke” Ireson, Jr. and his family has been entrusted to the staff of Oak Hill Funeral & Cremation Services.

The family of Elbert "Duke" Ireson Jr. created this Life Tributes page to make it easy to share your memories.

Send flowers to the Ireson family.