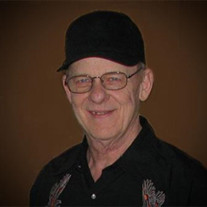 Ernest “Junior” Sears, Jr., 77, of Church Hill, passed away Tuesday, January 12, 2021, at Johnson City Medical Center following a period of declining health. He was born October 24, 1943, in Keyser WV, to the late Elmer Ernest and Evelyn Mackey Sears. In 1965 he moved to Fairfax Co., VA where he worked for the Fairfax Co. School System. He moved to Sterling, VA where he worked at Poe Middle School as Supervisor of Maintenance until he retired in 1994. Junior has been a resident of Church Hill, TN for the past 14 years. Other than his parents, he was preceded in death by his grandson, Matthew Beal and a sister, Leona Rexroad McGee Stonesifer. Those left to cherish his memory are his loving wife of 36 years, Arlene Amburgey Sears; daughter, Crystal Dawn Sears Beal and husband, Patrick; stepson, James H. Hereford, Jr.; honorary daughter, April Lynn Hereford; grandchildren, Michael Sears, Brandi Beal and Dylan Beal; sister in law, Margaret Faye Franklin; brothers in law, Edgar “Buddy” Amburgey, and wife, Jeannie and Jessie James Amburgey and wife, Norma; nephew, Ken Rexroad and wife, Sherri; nieces, Karen Rexroad and husband, Verlyn and Kelly McGee Johnson; honorary brothers and buddies, Johnny Blanton and Larry Lockhart. There are no formal services scheduled at this time. The care of Ernest “Junior” and his family has been entrusted to the staff of Oak Hill Funeral and Cremation Services.

The family of Elmer "Junior" Sears Jr. created this Life Tributes page to make it easy to share your memories.

Send flowers to the Sears family.