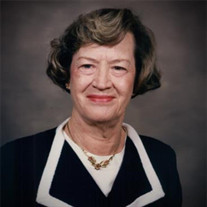 Frances Tranbarger, age 94, of Kingsport, died Sunday, December 20, 2020, following a period of deteriorating health. Frances was born in Russell County, VA to the late Howard and Ann Parrott Cassell. She matriculated to Kingsport in 1954, as the bride of the late Robert Tranbarger. Upon completion of coursework at Milligan College, University of Virginia and East Tennessee State University Frances worked in the field of medical technology on both sides of the state line, prior to having transitioned to full-time homemaker and mother. Frances’ greatest passions included the Atlanta Braves, chardonnay at 5:00 pm, ETSU ball games with Jay Sandos on the call, Heather’s cornbread, Josh Groban, Memphis barbeque, Murrell’s Inlet Seafood and tailgating in the grove at Ole Miss. She was an avid golfer into her eighties. Frances once recorded a hole in one on the par 3 #6 at Silver Lake Golf Club. A compassionate conservative, she loved voting for her favorite “Rons” – Reagan and Ramsey. In addition, Frances served as a consultant on U.S. Senate Majority Leader, Trent Lott’s Council on Aging. Furthermore, any child who entered her home, regardless of background received the same size sandwich, the same lecture and the same hug. In addition to her parents and her husband, Frances was preceded in death by her sister, Jacquelyn Todd. Survivors include her son, Bruce Tranbarger (Heather) of Blountville; multiple nieces and nephews, including exceptional great-nephew, Kenny Federow and favorite cousins, Norma and Carl Seaver. Two grand-dogs, two grand-cats and her pet groundhog, Boudreaux, who she fed at her back door, will sorely miss their Gran Fran. The family extends notable mention to friends and neighbors, Johnnie Bonner, Connie and the late Lynn Culbertson, the late Don Flick and family, Mary Ann Lovelace, Margaret Schaefer and Tina Thacker. The family will host a Celebration of Frances’ life at a later date. In lieu of flowers, memorial contributions may be made to the E.T.S.U. Athletics, P.O. Box 70707, Johnson City, TN 37614 or to your local animal shelter. Online condolences for the family may be made by visiting www.oakhillfh.com The care of Frances Tranbarger and her family has been entrusted to the staff of Oak Hill Funeral and Cremation Services.

The family of Frances Tranbarger created this Life Tributes page to make it easy to share your memories.

Send flowers to the Tranbarger family.