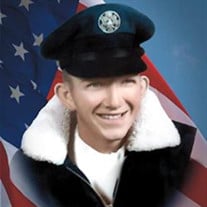 Harold “Digger” Deskins, 76, of Kingsport, passed away Monday, August 30, 2021, at Holston Valley Medical Center. He was born October 14, 1944, in Dickenson County, VA to the late Arthur and Mildred Widener Deskins. Harold was a loving, generous and humorous man who would do anything for anyone. He enjoyed woodworking, playing golf and watching western movies. Harold attended Riverside Avenue Baptist Church and was a member of the V.F.W., Eagles Club, Moose Club and the Teamsters Union. He was a heavy equipment operator earlier in his career and later owned and operated his own “rig” and was an “over the road” truck driver for over forty years. Harold was a proud veteran of the U.S. Air Force. In addition to his parents, Harold was preceded in death by his step-son, Jeff Cornett. Those left to cherish his memory are his daughter, Christy Deskins; step-daughter, Kim Morelock; sisters, Sally Sanders and husband, Ray, Edna Wilson and husband, Buddy; brother, Roger Deskins; six grandchildren and one great-grandchild; several nieces and nephews. A Graveside Service will be conducted Friday, September 3, 2021, at 3:00 p.m. at Oak Hill Memorial Park in the Garden of the Resurrection. Dr. Phil Hoskins will officiate. Military honors will be conducted by The American Legion Hammond Post #3 and Gate City, VA Post #265. Those attending the service should meet at the cemetery by 2:45 p.m. Due to Covid-19, masks and social distancing is requested by the family. In lieu of flowers, memorials may be made to The American Legion Hammond Post #3, P.O. Box 66, Kingsport, TN 37662. To share memories and condolences with the family please visit www.oakhillfh.com The care of Harold “Digger” Deskins and his family has been entrusted to the staff of Oak Hill Funeral & Cremation Services.

The family of Harold "Digger" Deskins created this Life Tributes page to make it easy to share your memories.

Send flowers to the Deskins family.