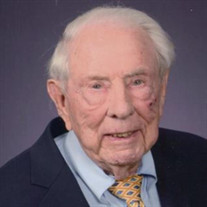 John Anderson Kane, 93, of Kingsport, TN, went home to be with the Lord on Friday, March 5, 2021, at his home with his family by his side. He was born on January 24, 1928, in Gate City, VA, the son of the late Robert Letcher and Pearl Potter Kane. John lived in the Kingsport area most of his life, and he was a 1945 graduate of Dobyns –Bennett High School. He served in the U.S. Army with the occupation forces in Japan from 1946 until 1948. After the Army, John attended East Tennessee State University and he then worked for the Sherwin Williams Company for 15 years after which he went into business for himself. John operated several restaurants and then built the Pik-Kwik Convenience Store in Colonial Heights until his retirement in 1999. He was a member of First Broad Street United Methodist Church. John was a loving husband, father and grandfather. He was fortunate to have had the opportunity to travel all over the world with his wife, Carolyn. He loved horse racing, and he was an avid UT sports fan. He enjoyed the many friendships he had with his buddies at Hardees. In addition to his parents, John was preceded in death by his brother, Robert Letcher Kane, Jr., and Genie Kane of Gate City. John is survived by his wife, Carolyn Martin-Kane; sons, John Anderson Kane, Jr. and wife, Michele of Garner, NC and Jerry Johnson and wife Priscilla of Ringgold, GA; step-daughter, Heather Elizabeth Battleson and husband Dean, of Dayton, TN; step-son, Charles Eric Martin of Jonesborough, TN; six grandchildren, Grace Anderson Kane, Taylor Elizabeth Linkous, Zachary Reese Battleson, Sullivan Issac Martin; four special nieces and their families, four special nieces, Nancy Mann, Kathy Lowe, Mary Chapman and Genie⸍Atkins. A Memorial Service will be held at 4:00 pm on Tuesday, March 9, 2021, at First Broad Street United Methodist Church. Dr. Randy Frye will officiate. The family will receive friends immediately following the service. The family extends their sincere thanks to Carey Young of Smoky Mountain Hospice who took wonderful care of John during his illness. To leave an online condolence for the family, please visit www.oakhillfh.com. The care of John Anderson Kane and his family has been entrusted to the staff of Oak Hill Funeral & Cremation Services.

John Anderson Kane, 93, of Kingsport, TN, went home to be with the Lord on Friday, March 5, 2021, at his home with his family by his side. He was born on January 24, 1928, in Gate City, VA, the son of the late Robert Letcher and Pearl Potter... View Obituary & Service Information

The family of John Anderson Kane created this Life Tributes page to make it easy to share your memories.

Send flowers to the Kane family.