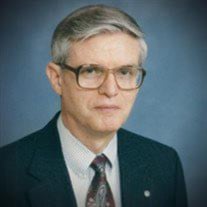 John D. Smith, 77, of Kingsport, TN, passed away on Tuesday, June 9, 2020, after a long battle with Alzheimer’s at Preston Place II. John was born on March 20, 1943, in Harlan, KY to the late Lester Coleman Smith and Ethel Warnock Smith. He joined the US Army and honorably served his country as an airframe repairman stationed in Vietnam. Upon returning to the United States, he attended the University of Kentucky where he earned a degree in accounting. He was a member of Beta Alpha Psi National Accounting Fraternity. While in college, John met and married Linda Thomas, and seven years later their only child, Michael was born. Michael was everything John could have wished for in a son. In 1997, John retired from Tennessee Eastman Company. During his employment there, he worked as an accountant and spent several years with the Eastman Credit Union where he served in a supervisory capacity and as an investment advisor. During his employment tenure, he acted as a Junior Achievement mentor. John will be remembered and respected for his honesty, kindness and generosity. He willingly shared his time, money and investment expertise with family and friends. He was a parent volunteer for Boy Scout Troop 48, and during this period his son, Michael, rose from Cub Scout to the rank of Eagle Scout. He enjoyed solving “black belt” Sudoku puzzles, reading the Wall Street Journal daily from cover to cover, Johnny Cash music, keeping a tropical fish aquarium and playing contract bridge. He adored his three grandchildren and spent many enjoyable hours playing with them. Lots of times all three were curled up with him while he listened to them read or showed them how to play number puzzles. John was a member of Baxter Methodist Church. John was also preceded in death by his sister, Barbara Smith Jones. Those left to cherish John’s memory are his wife of 49 years, Linda Thomas Smith; son, Michael Thomas Smith and wife, Amanda, who John considered to be the daughter he never had; grandchildren, Rowan, Aidan, and Grace Smith all of Knoxville, TN; sister, Luana Smith Blanton and husband, Roger of Oliver Springs, TN; sister-in-law, Patti Thomas Pizinger and husband, Bernie of Wytheville, VA; several nieces and nephews; close friends who became family, Doug and Linda Hendrickson, Sharron and Bill Williams, Doug and Jennie Benton and Davis Ward. The family will receive friends on Friday, June 12, 2020, from 12:00 noon until 1:00 pm in the J. Wayne Hamilton Memorial Chapel of Oak Hill Funeral & Cremation Services. A Celebration of Life Service will follow in the chapel at 1:00 pm with Dr. Phil Hoskins officiating. It was John’s wish to be cremated. In lieu of flowers, the family requests that memorial contributions be made in John’s name to Compassion International, www.compassion.com, an organization that assists children in need of help or woundedwarriorproject.org. John adored children, and he instantly fell in love with his adopted granddaughter who lovingly referred to him as “Bops” because she had difficulty saying, “Pops”. The family would like to express heartfelt thanks for the loving care and compassion that Sharon Durnin and the entire staff of Preston Place II provided during John’s residence there and to the staff of Amedisys Hospice for their extraordinary care during John’s final days. To leave an online condolence for the family please visit www.oakhillfh.com The care of John D. Smith and his family has been entrusted to the staff of Oak Hill Funeral & Cremation Services.

The family of John D. Smith created this Life Tributes page to make it easy to share your memories.

Send flowers to the Smith family.