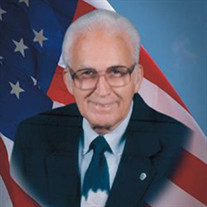 Kenneth (Kenny) Gene Fannon passed away at Holston Valley Medical Center Sunday, October 10, surrounded by his family. He was of the Baptist faith. Kenny was born in Lee County, Virginia on May 15, 1931, but lived most of his life in Scott County. He was a graduate of Rye Cove High School and Whitney Business College. He was co-owner and Vice President of Robinette Steel in Big Stone Gap, Virginia for many years. He truly loved his community and his country. Kenny served in the United States Army as a Corporal during the Korean Conflict and later as Commander of Chapter 250 of the Korean War Veteran’s Association. Of all his many volunteer activities, he was most proud of his work as organizer of the Annual Duffield Veteran’s Dinner. Kenny often said “I have always tried to make our county and our country a better place to live”. And, he did. He was Scout Master in Duffield for several years. He also served on several local boards including Lonesome Pine Hospital, Scott County Chamber of Commerce, Virginia State Parks, Mountain Empire Community College, Scott County School Board, Scott County Planning Commission, Scott County Industrial Development Authority, Duffield Development Authority and Duffield Fire and Rescue. Kenny was a charter member of both the Duffield Ruritan Club and the Duffield Lions Club. He was instrumental in starting the annual Duffield Daze Celebration and was chairman for 36 years. He also enjoyed serving as Bell Captain of the Salvation Army Kettle in Duffield. Kenny, along with his grandson Ruston, was an avid railroad enthusiast and collector. As owner of the Fannon Train Museum, he shared his vast knowledge and love of railroad history with people from around the country. He was a member of East Tennessee Chapter NRHS and a 51 year member of the National Railway Historical Society. Other interests included his love of the Cincinnati Reds and NASCAR. For his many accomplishments, he was most importantly a wonderful husband, father, grandfather, brother and friend. Kenny was married for 70 years to Jean, his high school sweetheart. He loved to travel and show his family this great country. He never met a stranger and treated everyone with respect and hospitality. His sense of humor was contagious and he enjoyed sharing funny stories that entertained many. He is preceded in death by his parents, E.D. and Venus Fannon; brothers, Jack and Joe; and sister, Mary Allen. Kenny is survived by his loving wife Jean, son, Jack and wife Susan; daughter, Lori Green and husband Daniel; special grandsons, Ruston Fannon and Kevin Wade; granddaughter, Leslie Guy; great- grandsons, Jackson Guy and Mason Wade; sister, June Fannon and sister- in- law, Helen Lane. The family will receive friends in the chapel of Oak Hill Funeral Home on Friday, October 15, 2021, from 5:00 pm until 7:00 pm. A Funeral Service with Pastor Paul Wright officiating will follow. A Private Entombment will be held on Saturday, October 16, 2021, with Military Honors provided by the American Legion Hammond Post #3 and Gate City Post #265. Special friend Ron Flanary will perform Taps. In lieu of flowers, memorial contributions may be made to the Salvation Army or the charity of your choice. We would like to thank his special friends and helpers, Lester Bowen, Bruce Robinette, Joe Fuller, Rick Holland, Jack Davis, Harold Dillon, Lloyd Love, The Edwards Brothers, Johnny Sharp, David Kistner, Fred Bishop, Dale Smith, Doug Warren, Luther Minor, and Michael Carter. The care of Kenneth (Kenny) Gene Fannon and his family has been entrusted to the Staff of Oak Hill Funeral & Cremation Services.

Kenneth (Kenny) Gene Fannon passed away at Holston Valley Medical Center Sunday, October 10, surrounded by his family. He was of the Baptist faith. Kenny was born in Lee County, Virginia on May 15, 1931, but lived most of his life in Scott... View Obituary & Service Information

The family of Kenneth "Kenny" Gene Fannon created this Life Tributes page to make it easy to share your memories.

Send flowers to the Fannon family.