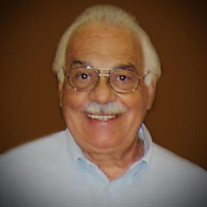 S. D. (David) Dean went home to be with the Lord on Sunday December 5, 2021, after an extended illness. Born on Christmas Day in 1944, he was 76 years old. He was preceded in death by his father, S. D. Dean senior and his mother Gladys, his brother Fred, and children Betty and Jason Dean. He is survived by sons David and Tony Dean, and siblings Jamill, Evelyn, Hassin, and Slaman Dean. He was blessed with many loving nieces, nephews, and several grandchildren. He was a gifted athlete who won many sports honors during high school and at East Tennessee State University. He held several local and regional records in track events at Dobyns-Bennett High School and once ran non-stop from Kingsport to Bristol as a training exercise. After college, he held several industrial management positions before retiring in 2006 to dedicate more time to his interest in exploring the early geologic periods in southeast Tennessee through artifacts, fossils and relics. S.D.’s lifetime avocation was archaeology. For decades he located, excavated and mapped local Native American prehistoric sites with his reports and artifacts going to the Archaeology Departments at ETSU and the University of Tennessee. For his many avocational accomplishments and contributions through the years, in 2006 he was recognized by the state of Tennessee and presented with a lifetime achievement award for the preservation of Tennessee’s archaeological heritage. Then in September of 2021, he was honored with a service award from ETSU for his lifetime of contributions in the discovery and identification of ancient artifacts and Ice Age fossils, especially those he found in and around Sullivan County. He was also able to collaborate with the Carnagie Museum and the Smithsonian Institute on various scientific projects. He was a member of the local and regional archaeological groups, and authored one book while actively contributing to several scientific papers on Tennessee’s Native American archaeological history. He was widely known and recognized for his work. An Inurnment will be held at Oak Hill Memorial Park at a later date. If anyone wishes to share their memories, experiences, or cherished thoughts of David with his survivors, send them via email to: [email protected] His entire family wishes to deeply thank all those who comforted David during his illness with their prayers and loving care, especially the unselfish dedication by his friend Mike Sams and so many others. David will be grievously missed by everyone who was fortunate enough to have known him. The care of S. D. (David) Dean and his family has been entrusted to Oak Hill Funeral & Cremation Services.

S. D. (David) Dean went home to be with the Lord on Sunday December 5, 2021, after an extended illness. Born on Christmas Day in 1944, he was 76 years old. He was preceded in death by his father, S. D. Dean senior and his mother Gladys, his... View Obituary & Service Information

The family of S.D. "David" Dean created this Life Tributes page to make it easy to share your memories.

S. D. (David) Dean went home to be with the Lord on Sunday December...

Send flowers to the Dean family.