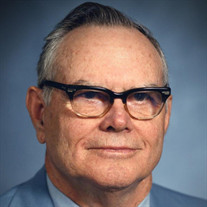 Thomas J. Thompson was born April 29, 1927 in Avon Park, Florida. His father was a mechanic for the local orange groves, and the family lived in several homes close to the groves in Highlands County. Thomas liked to read. As a child, he delivered papers so that he could take one home for his family to share. When he got his textbooks at the beginning of a school year, he would read them from cover to cover within the first few weeks. This thirst for knowledge would last his entire lifetime. When his children wanted to know how to spell a word, he pointed them to the dictionary. After his eyesight dimmed, he would call his grandchildren with all sorts of questions to which they found answers via the internet. Thomas began working at age 15. His first job was starting prop planes by spinning the propeller. He also worked in fruit packing houses and in construction in Florida, Louisiana and Alabama. In 1949, he attended North Carolina State as part of the Army Specialized Training Program, completing 2/3 of a civil engineering degree before the program was discontinued. After working for a few more years, he entered the University of Florida, graduating with a Chemical Engineering degree. When looking for employment, he settled on Eastman Kodak in Kingsport, Tennessee not only because he liked the company and its values; but also that Tennessee was one of the pretty places in the country and a good place to raise a family and, unlike other potential employers, he was told Kingsport would be a long-lasting investment. Tommy’s life included working at Eastman, serving God as an active member of the Watauga Street Church of Christ, and hobbies such as fishing, golfing and carpentry. He left Kingsport for a stint in the Army, 1954-56, serving in France. In June of 1958, Tommy met his sweet wife, Liz. In a visit to the church on Watauga Street just a few years ago, Tommy said, “I saw that tree where your mother was standing the first time I saw her.” His love for her grew from that first glimpse and continued to deepen for the rest of their lives. Tommy and Liz were married on Christmas Day, 1958. Not long before her death when asked how long they’d been married, Liz replied, “Forty-nine years, and that’s not enough.” Tommy considered Liz to be one of his greatest blessings, “the helpmeet that God promises.” They shared hobbies – bowling, golf, gardening, travel and bridge, to name a few. They worked together for God, and they raised their children, Jan, Kim and Byron; instilling in them a love for God and mankind. In Florida, fishing was Tommy’s hobby; however, after moving to Tennessee, he became an avid golfer with a charter membership at both the Meadowview Golf Club and The Crossings. He and Liz played many rounds together and with friends. As a member of the Cosmopolitan Kiwanis Club, he helped with the 4th of July parade balloon and Coke sales and really enjoyed helping to build a waterfowl habitat at Bays Mountain Park. Tommy also enjoyed the Kiwanis weekly meetings and often received a groan at the dinner table those evenings for sharing the day’s joke. After retirement, Tommy stayed active, golfing, gardening and traveling with Liz. Some special folks came along then, and he became Grandy to the grandchildren - Chris, Logan, Maryn, Kelly and Yssa. He took delight in each of them. He loved to play with them, talk with them, and tell others about them Anyone who knew Tommy well knows he never met a cookie he didn’t like. In his honor, as you go about your days, please share a cookie and conversation with those you love. Tommy loved people. He was a friend to all. Tommy and Liz believed strongly in the necessity and power of Christian fellowship. The church was their extended family, and they worked to strengthen those bonds by coordinating fellowship meals and later heading up the Prime Timers. He shared his love for God and others by serving as a deacon and teaching Bible classes at Northeast Church of Christ. Studying God’s word, then sharing it with others in word and deed was his mission as a faithful Christian. Whether in a Bible class, at the dinner table or from his bed at Wexford House, his refrain has always been, “God has blessed me my entire life.” Many were blessed by Tommy, especially his family. Those remaining to continue his legacy are his sister, Katherine Brimacombe, and his children, grandchildren and their spouses: Robert and Jan Mattix, Kim Horne, Logan and Maryn Thompson, Kelly Horne, Byron and Maricar Thompson, Chris Thompson and Yssa Thompson. Due to the pandemic, a private family Graveside Service will be conducted at Oak Hill Memorial Park with Tommy’s grandson, Logan Thompson officiating. Philippians 4:4-9, "Rejoice in the Lord always. I will say it again: Rejoice! Let your gentleness be evident to all. The Lord is near. Do not be anxious about anything, but in every situation, by prayer and petition, with thanksgiving, present your requests to God. And the peace of God, which transcends all understanding, will guard your hearts and your minds in Christ Jesus. Finally, brothers and sisters, whatever is true, whatever is noble, whatever is right, whatever is pure, whatever is lovely, whatever is admirable—if anything is excellent or praiseworthy—think about such things. Whatever you have learned or received or heard from me, or seen in me—put it into practice. And the God of peace will be with you." In lieu of flowers, the family requests memorials to be made to The Preacher’s Training School in Kakinada, India c/o Northeast Church of Christ 2217 Beechnut Drive, Kingsport TN 37660, or the charity of your choice.

Thomas J. Thompson was born April 29, 1927 in Avon Park, Florida. His father was a mechanic for the local orange groves, and the family lived in several homes close to the groves in Highlands County. Thomas liked to read. As a child, he... View Obituary & Service Information

The family of Thomas J. Thompson created this Life Tributes page to make it easy to share your memories.

Send flowers to the Thompson family.