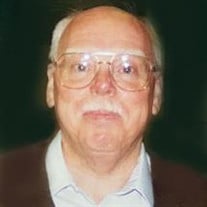 William R. Fritsch, 83, of Johnson City, Tennessee passed away February 17, 2020. William (mostly known to all as Bill), had requested that there be no funeral service for his passing but to celebrate his life in a joyful way. There will be a celebration of Bill's life, this Saturday, February 22nd at JHR Brewing in Johnson City from 2-4 PM. Bill had requested that he be cremated and that there be a private ceremony when he is placed with his beloved wife Etta. Bill was born on May 4th, 1936, in Louisville, KY. Bill graduated high school from Phillips Academy Andover and then attended Oberlin College for his Undergraduate. He then studied International Law and Latin American Studies at John Hopkins School of Advanced International Studies. Bill was a Program Officer for the U.S. State Department. He worked in Caracas Venezuela and the time, where he met his wife Henrietta Diez in 1963. He later worked at Eastman Chemical Company as a Vice President and Sales Manager in Kingsport, Tennessee, Miami, Florida and Berkhamsted, England. He retired shortly after moving back to Kingsport from England. Bill was married to Henrietta D. Fritsch from February 20, 1965, until her passing on February 13, 2018. To say that Bill lived a full-life is an understatement. He was a man full of life and plans. He traveled the world for business and pleasure his entire life. Bill was an extremely passionate about many things, and was an avid and accomplished bridge player. He played up until a few days before his passing. He was also passionate about writing. He most recently published his book “Falcon - A Fight for Democracy in the 1960’s, Book One: Cuba, The US and Venezuela”. Bill is survived by his 2 children, Carmen Fritsch DeLuca and his son, Bill Fritsch and his grandchildren, Emily Fritsch and Ian DeLuca. Bill’s family would like to invite Bill’s friends and extended family to JHR Brewing in Johnson City this coming Saturday between 2-4 PM to celebrate Bill’s life and have some beer to talk about him in a loving and happy way at Bill’s personal request. In lieu of flowers, memorial contributions may be made to The Bridge Home No Kill Animal Rescue, 2061 TN – 75 Blountville, TN 37617 or CASA at www.casa4kidsinc.org. The care of William R. Fritsch and his family has been entrusted to the staff of Oak Hill Funeral & Cremation Services.

William R. Fritsch, 83, of Johnson City, Tennessee passed away February 17, 2020. William (mostly known to all as Bill), had requested that there be no funeral service for his passing but to celebrate his life in a joyful way. There will... View Obituary & Service Information

The family of William R. Fritsch, Jr. created this Life Tributes page to make it easy to share your memories.

Send flowers to the Fritsch, family.